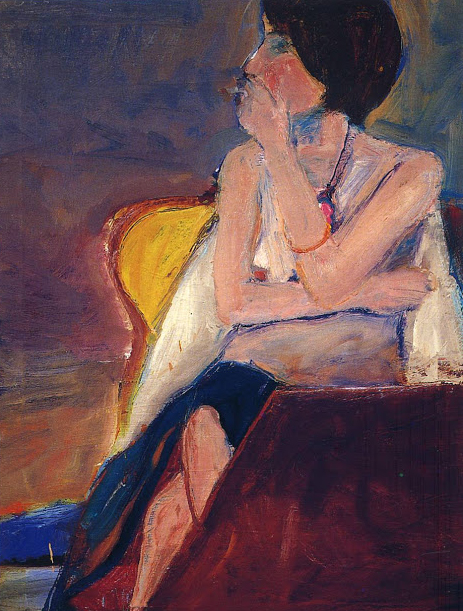 Then it all changed.*  Life tipped her unceremoniously into another version of itself, a version which was the opposite in both degree and kind.  Her task in this version of shadows and invisibility took ten years.  She used to call it her Dark Time, her time in the Wasteland, because most of the time she was not even aware that a task existed.  But now that the task is done she sees it differently.  There is gratitude.  This is why.

Life was kind enough to strip her of all her stories, her income, her so-called choices, her mobility, her means of escape, and especially her sources of spiritual entertainment, so that without her habitual props she would fall flat on her face.  And by some fluke of fate she stayed there instead of clambering up and fighting on.  Call it Grace.

Stayed there.  Something in her knew that she was in her place – on her face.  That was the place where she was finally incarcerated with the inescapable questions that had been her life-long companions:

Is it true that there is a joy without cause, a contentment without conditions, a peace that passes all understanding, and a love that has no subject or object?

Who, or what, wants to know this?

It turned out that solving the last question revealed the truth of the others.  Coming face to face with the me-mirage, falling through the mirror and down the wormhole, exploding out into our world of unlit light, finally faceless, and at home in the placeless.

If you knew how important you were, you would fragment into a billion pieces
and just be light.
~ Byron Katie

* How this came to pass is another story for another day.