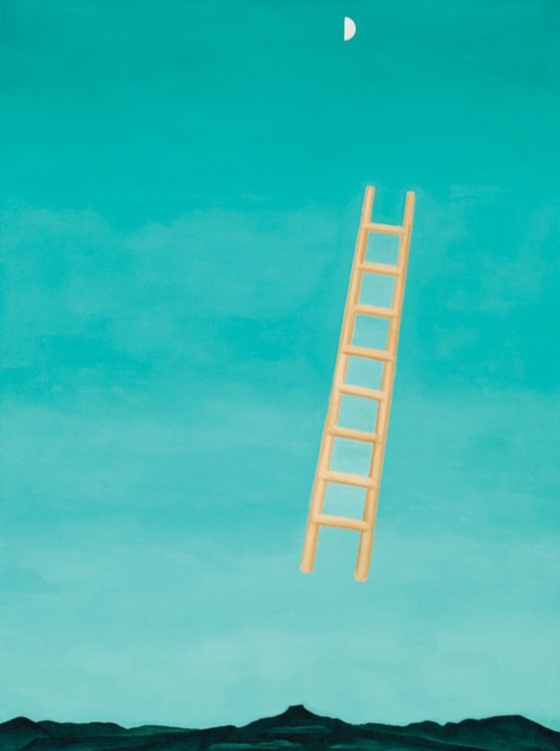 It’s totally open and available to everyone, yet it seems to be the last thing one can accept. (Too simple, to easy, too immediate!)

Creep up with cunning on anything you can see, feel, think, believe or do.

(You must be cunning because the default position is to be blindly absorbed in the “anything.”)

Ask yourself: Is this an experience?

It’s not a trick question.  It just wants a simple answer: yes or no.

If your answer is yes, fine.  Enjoy your experience and whatever it brings.

But just be aware of this: the joy and peace and freedom you seek cannot be experienced.

This is a kind of a koan. Keep chewing it. The sense of its nonsense will never be known, but a eureka moment is in the wings.

I’ve been asked for more info about the ‘who and why?’ of this blog, so I’ve added a few sentences to that page.

I write because I like to read what gets written.  Same reason I paint, and make things.  Because I want to see what will happen.  What will appear.  What will amaze.

This is what I added:

It was not always so simple.  There used to be a ‘doer’ person here who needed to be, and thought she was, in control. But life kept undermining that assumption, particularly in the studio.  So often the ‘doer’ (artist) dis-appeared and in its place a totally non-personal gracious, fluid, movement of creativity was operating.  Whenever I tried to scrutinize this movement it ceased.  It was a tantalizing koan for me.  If I wasn’t in control, what was?

Decades passed.  Eventually my inquiry was seen to be an “impossible question”.  It could not be answered by any kind of rationalizing or conceptualizing because as soon as those tools were applied they hit a brick wall.  Whatever was doing the thinking seemed to be the core of the problem.  So I had to find out whether the ‘thinker’ was independent of the thoughts that kept spinning around the question.

What that amounted to, was finding out whether the self I took myself to be was real, or ‘thought up’,  imaginary.

The self I took myself to be never survived the scrutiny.  It simply couldn’t be found.  In its place there was simply an ineffable flow of being, a beingness that was inseparable from its own self-awareness.  It is embraced – by itself, it is beloved – by itself.  It is known – by itself – as this unlit light.

Hafiz’s poem – my brilliant image – provides the perfect cue-in for a confession:

It all began with a killer migraine.  My skull felt like a firebomb about to explode; the pain was so intense I wanted it to.  I was retching and nothing would remain in my stomach.  Painkillers weren’t an option.  It was simply more than I could bear, and to my surprise (since I usually suffer in silence) I heard myself screaming, “Finish me off! I can’t stand it!”

It was instantaneous.  Behind my closed eyelids a shimmer of white light washed over the blackness.  Soft milky light – very different from the lights often associated with migraines.

The light brought instant calm, blissful relief from the panic.  The pain was still there but in some inexplicable way it simply wasn’t a problem.

But then these words were somehow ‘heard’:

AND THIS LIGHT DOES KNOW ALL OTHER LIGHT AS ITS SHADOW

My hair stood on end.  Where did that come from?  What did it mean?

Those words were my koan for almost twenty years.

Those words led inevitably to the knowing of that “Astonishing Light” as my own Beingness.

A mind that is awake, intelligent, free, why should it need,
why should it have, any "experience" at all?
Light is light; it does not ask for more Light.
~ J Krishnamurti
Loading Comments...
%d bloggers like this: